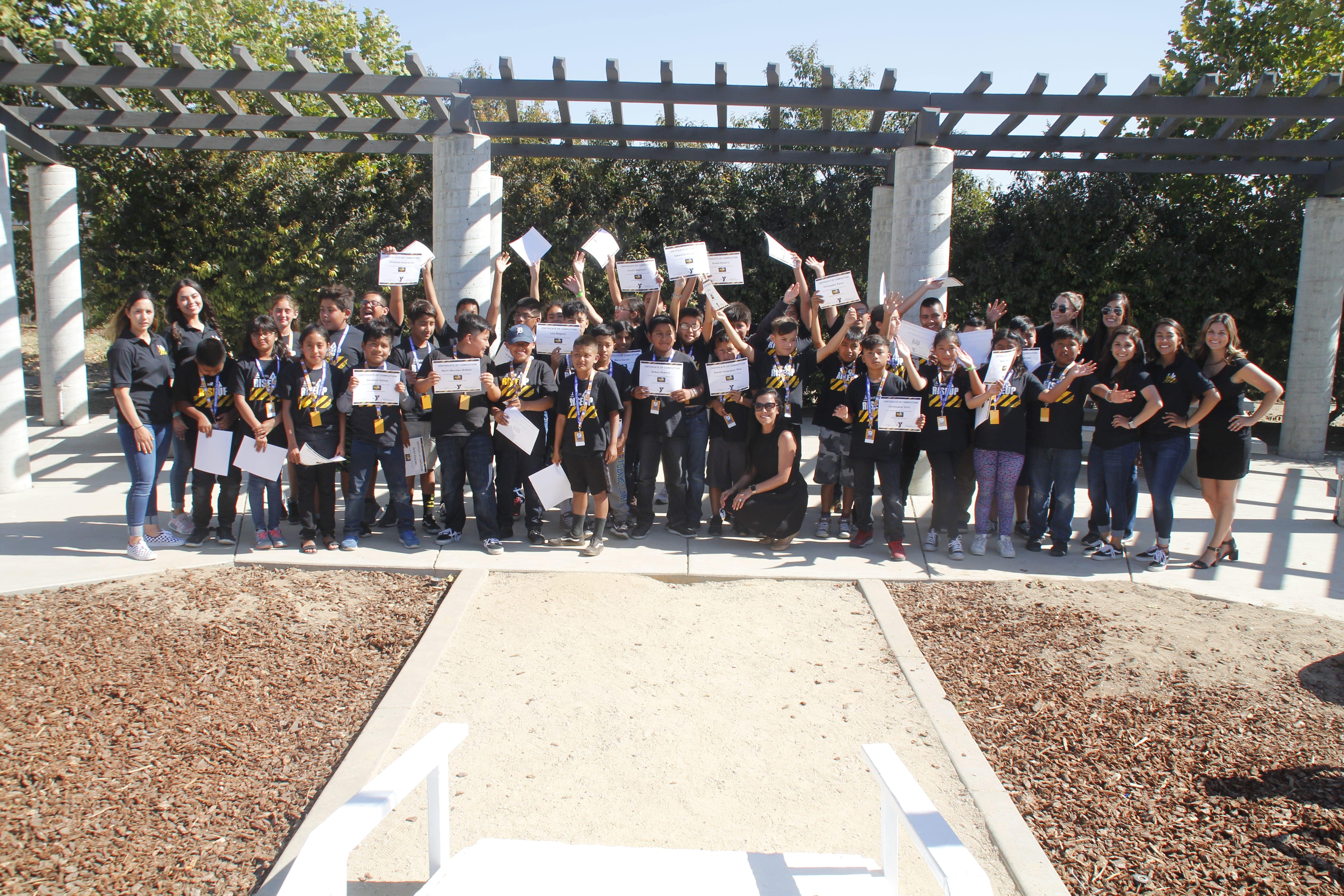 SANTA MARIA, Calif. - About 50 local kids are the first to complete an innovative pilot program that ended Friday afternoon at the Santa Maria Valley YMCA.

Created in 2016, Rise Up is a partnership between the YMCA and Allan Hancock College.

"We brought in third graders at the time as a kind of prevention in our community,” said Rise UP director Cathy Otero. “We wanted to expose them to other activities during the summer, to prevent the kids from falling through the Santa Maria cracks and just giving them another option to do something during the summer."

According to the YMCA, the program’s primary objective is to support local youth development, healthy living and social responsibility in order to provide them with a new trajectory on education and life.

Rise UP focuses particularly on building strong academics, especially in the STEM subjects of science, technology, engineering and mathematics.

With the help of Hancock alumni and interns, students receive personal mentoring as they perform various scientific projects and experiments.

All of the children are from the Santa Maria Valley and come from several local schools within the Santa Maria-Bonita and Guadalupe school districts.

The program provides the children with the ability to experience many things they never have before.

"We get so many opportunities to do new things and I wouldn't be able to do that anywhere else,” said 11-year-old Sebastian Daniel Arredondo. “There's no program exactly like it."

All of the kids who are completing the program today will now move on to the Bulldog Bound program, an outreach for the college that introduces children to the school’s campus, culture and services.

‭A big component of the program is to create a foundation that will ultimately lead the kids onto a path towards college.

‭Even though the kids are just about to enter 6th grade, many of them are already thinking ahead to their career objectives.

"I want to go to college because I want to make my family proud,” said Mendoza. “Not many of my family members have went to college, so I want to be someone who has gone to college."

"I like the swimming," said Heriberto Sanchez. “Every Friday we get to do something fun, like a slip and slide or water balloons when it's almost at the end."

Many of the kids come into Rise UP not knowing how to swim, but receive instruction during their time at the YMCA.

According to Otero, students leave with much more than new swimming skills or an enhanced education. Many of them grow stronger social skills and are more comfortable around people.

"We've seen the difference it's made in the kids now, especially with the kids who have been here since the first year,” said Otero. “Just their confidence level and academically and how excited they are to come here.”

Rise UP concluded its inaugural three-year run with a graduation of sorts on Friday afternoon.

Otero said plans are already in the works to expand the program next year so that it would include as many as 150 kids at multiple sites.